We are simply "Skipping a Stone" across U.S. History 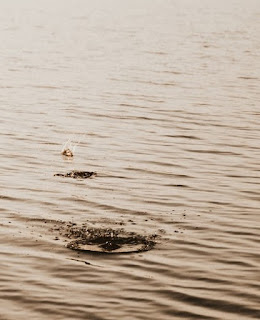 I talk with my students all the time about all of the U.S. History events that are contained in our 8th-grade Content Level Expectations set by the Michigan Department of Education.
(CLICK HERE for Marzano Style Lesson Design)

I also try to explain the fact that what we cover is "One-inch deep and a mile wide on a vast lake of knowledge." Meaning that we cover a variety of topics from the Declaration of Independence, the U.S. Constitution, the War of 1812, the U.S. Civil War, Reconstruction, etc. but we don't go too deep into any of them. We cover all of those topics (and more) in a nine-month school year, whereas we could spend a semester on each of them individually. I guess that's what college is for.

I try to link events together by using a TIME WEB on my board. Right now it is just a visual of what it could look like. Next year I want to fill it in with actual events showing how certain events are linked to other events and how personal experiences helped shape our history, just like our personal experiences shape the way we live our lives.

Continuing with my, "One-inch deep and a mile wide" analogy, sometimes I feel like we are simply skipping a stone across the vastness of U.S. History. We are just skimming the surface on certain topics while ignoring the depth underneath. I try to make the biggest waves, while also acknowledging the ripple effects and how, when they collide with ripples from other stone touches, other events were born.

My hope is that on the topics we do dive deeper on, specifically the Declaration of Independence and the U.S. Constitution, I am providing the bedrock that our Nation is founded on so that my students will have a better understanding of our History when we only have time to skip that rock.

Posted by Brain Fusion with Mr. VanDusen at 9:20 AM No comments:

Not Every Day Can be a Tea Party

In my first year of teaching, I taught what I thought was a great lesson on the Boston Tea Party to a group of 8th graders.

As my students were packing up their backpacks and preparing to leave I overheard a student say to one of her friends, "We should have a tea party like that! Pretty dresses and cool hats!" I thought about what had happened, and how I had covered the material, and realized it wasn't good enough. I went out that night and purchased a 100 pack of Lipton tea bags, re-arranged my tables to be "ships" and the next day held my class in the hallway until the bell. I gave a 30-second review of what had happened, then we proceeded to storm my classroom and throw the tea into buckets of water I had placed around the room. They got the idea and I was very pleased with their level of interaction and understanding. 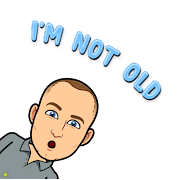 ***Pushes Ibuprofin out of the way to check the calendar......***
Nope. That's right. ANYWAY...those students might have only remembered one thing from my teaching that year, and that would be the lesson on the Boston Tea Party.

Not every day can be that.
Not every lesson can be fun, engaging, and interactive.
I wish that it could, but it's an impossibility. I have come to realize that fact and now share it openly with my students.  Being honest with them helps them mentally prepare for the lesson and also gives me credibility.

Don't get me wrong, I would love to teach lessons like the Boston Tea Party every day!
When we have those days, students are happy to learn and happy to engage in whatever we are doing.

When we don't have those days, my students know that they won't be throwing tea, hitching wagons, or developing the Alamo defenses out of their desks, and I find that they are more receptive and introspective.

For example, we are learning about the 14th amendment right now, and it's very detailed and technical in its writing and application. It's difficult to make it "exciting." However, by leading with the idea that "this isn't a Tea Party day" my students are okay with it. They know that I like to get them out of their seats and try different projects, so when we can't, it's almost as if they understand that the importance of the topic is increased and are more focused.

I will keep working on ways to make my lessons engaging both mentally and physically. I am a firm believer that my 8th graders should be moving, talking, and creating. Now that we have learned about the 14th amendment, maybe it's time to turn my room into the Supreme Court...

Posted by Brain Fusion with Mr. VanDusen at 10:50 AM No comments:

I made the choice a few days ago to reflect on the GOOD things that have gone on in the past year. In some ways, the lockdowns and quarantines have forced me to improve some aspects of my educational life.  That's what this post is all about. Some of these things might have happened, and others most definitely would not.

Here are some of the good things as I reflect on the COVID New Year. 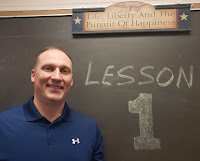 I Wrote (finished writing) a book: When I got back from Afghanistan, I was working full-time for the Michigan Army National Guard. I opened up a Google Doc titled, "Leadership" and every once and a while, I would open it up and write a few sentences about something I have been dealing with. After I left the full-time gig I would check on it every few months, reminiscing about all the great times and great friends I met while doing that job. When we closed school, I opened up that document and realized I had a lot of content! I organized that content and it will become a book this spring! Thank you to Darrin Peppard and Road to Aweome LLC for taking a chance on me!

Watch for, "LESSON 1: Leveraging Leadership in Everyday Life" coming in May 2021.

It will be available on Amazon and Barnes and Noble.
You will be able to order an autographed copy at www.johnvandusen.com

Blog Series: When we closed down, we weren't supposed to cover any new material with our students. We had gone from the Proclamation of 1763, through the Declaration of Independence, Constitution, War of 1812, Westward expansion, Mexican/American War, and were just about ready to start in on the Civil war. I had a lot of material to go back over, but I also wanted to do something that would help in the following years.  So, I wrote a five-part series on the Declaration of Independence and a 10 part series on the Consitution. I put them in a Wakelet along with a podcast to go with it (See below). If you ever wanted to know the down and dirty of those two founding documents, check them out.
Declaration
Consitution

YouTube playlist: I am not good at relaxing. While I was quarantined for 24 days (Close contact....10 days +14) I started a Youtube Playlist called, "Teacher PD" with fast lessons for busy teachers. I did short videos on: 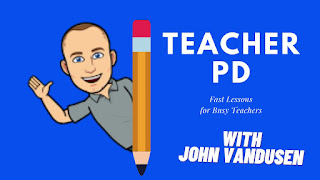 It was a lot of fun..and A LOT of work! But, I had the time. Check out the entire playlist HERE.

Pear Deck: This has been an AMAZING tool to help engage students, especially while we were virtual. Basically, it's a way for students and teachers to interact with Google Slides in real-time. I have used it A LOT in the last year, and 366 days ago, I didn't even really know what it did. Now I do and I use it all the time. I even use it when I'm teaching for the Army. I will never get to meet my Army students, our course will conclude before we will be allowed to be face to face. I know it's EXTRA hard to be a virtual student. I also know that Pear Deck makes it better.

Socrative: This is a fast and easy tool for making online quizzes. Again...watch my video above! You can make multiple-choice, true/false, and short answer questions. Students take it online and it's graded automatically. It's very user-friendly.

Head Freshman Football Coach: This year's football season was a complete mess. We had two solid weeks of practice, followed by two weeks of not being able to see our players, followed by games, cancelations, and uncertainty. My team was able to play three games (two were against the same team, back to back with a week in-between). 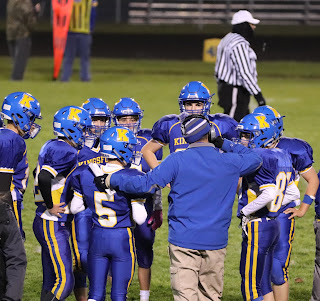 In our first game, we were down 20-0 at one point, and we looked like Freshmen who were playing in their first game. It was rough, to say the least. However, we caught some good luck (and recovered a fumble) and ended up winning the game 22-20. My players were ecstatic! We lost game two 12-0, and then headed off for game three against a JV team.

We grew up A LOT as a team that night, and as young men. If you would have watched the first offensive series, you would have thought we were going to get beat 70-0. But we didn't. We dug deep and found a way to complete.  With the last play of the 3rd quarter, we went up 13-12. We had the other team in a 4th and 2. If we stopped them we would be able to run a few plays and run out the clock.

Their sophomore quarterback tried to sneak the ball but was knocked back. He landed on his feet and squirted around the right edge for 4 yards and a first down. They ended up scoring on that drive and we just didn't have enough in the tank to take it back to the endzone. Freshman vs. JV's is a big difference. I am VERY proud of my team. They have that FLIVVER HEART!

With these GOOD THINGS that have happened during a terribly exhausting and precious year, I'm optimistic that 2021 will be full of GREAT THINGS!

Posted by Brain Fusion with Mr. VanDusen at 9:42 AM No comments:

Brain Fusion with Mr. VanDusen
I live, teach, and coach at Kingsford in Michigan's beautiful Upper Peninsula! Follow me on Twitter: @mr_JVD